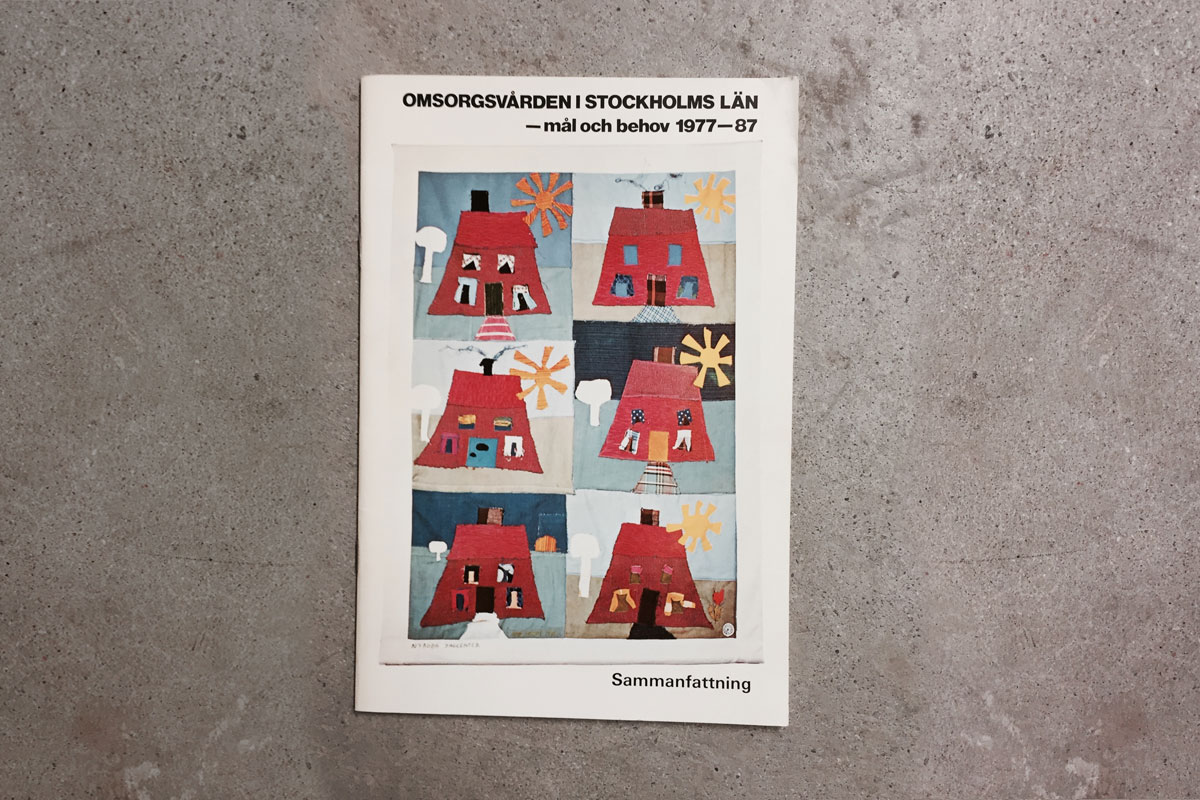 When I first came in contact with health and social care, it was through a visit to Carlund’s Nursing Home, an institution with approximately 300 persons, of all ages, that were kept isolated from society.

Children were cared for according to an assembly line principle. One staff member washed, another dressed them. Here, children were left by parents on the advice of doctors to leave the child and forget it. Everything was contrary to the new health and social welfare law from 1968. It was important to keep this perspective in mind, when we see pictures from orphanages in e.g. Rumania.

I led a total overhaul of health and welfare operations with closure of the institutions and support to parents, and then later, integrated group homes. The County Council was divided into 16 districts, where support from the team was provided and residential placement in ordinary housing was acquired. Later the operation was municipalized.
This was an extremely large change and there was much opposition from worried parents and from the unions. But it was a quality improvement change as evidenced by the fact that it was calculated that the cost per person would increase by 36%.
The change was also successful if you compare it with what happened within psychiatry, where institutions were closed without having devised a comparable way for individual planning.