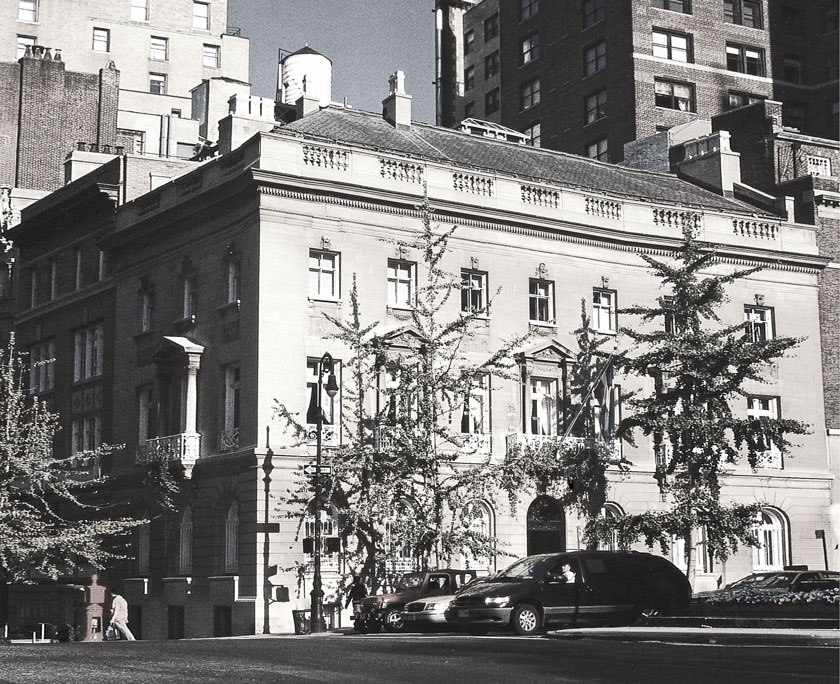 1999-2005 I lived in New York, accompanying my husband, Olle Wästberg, who was the Consul General at that time. I had to endure some criticism, as I had left my job to follow along to New York. For me, it was not a difficult decision. Since the end of the 1960s, I had been in New York every year and had long wanted to live there.

We arrived at a fantastic residence at 600 Park Avenue, but it was a bit rundown and oddly decorated. In every kind of public relations work that I had previously done, it had been important for the message and the environment to harmonize. I refused to talk about access in facilities that were not so adapted. To highlight Swedish design and to speak from the worn Persian rugs, felt wrong. Newer designs were lacking.

With the help of sponsors and Konstfack, I succeeded in converting the residence into an arena for Swedish design, food and culture. This work is documented in books such as, ”Sverige i New York” (Sweden in New York) and ”Med smak av Sverige” (With a Taste of Sweden). As well as several articles.

Together with Svenskt Tenn I executed a great work where the residence was used as an exhibition and installation. It was an enormous breakthrough with, among other things, an entire page in the New York Times. 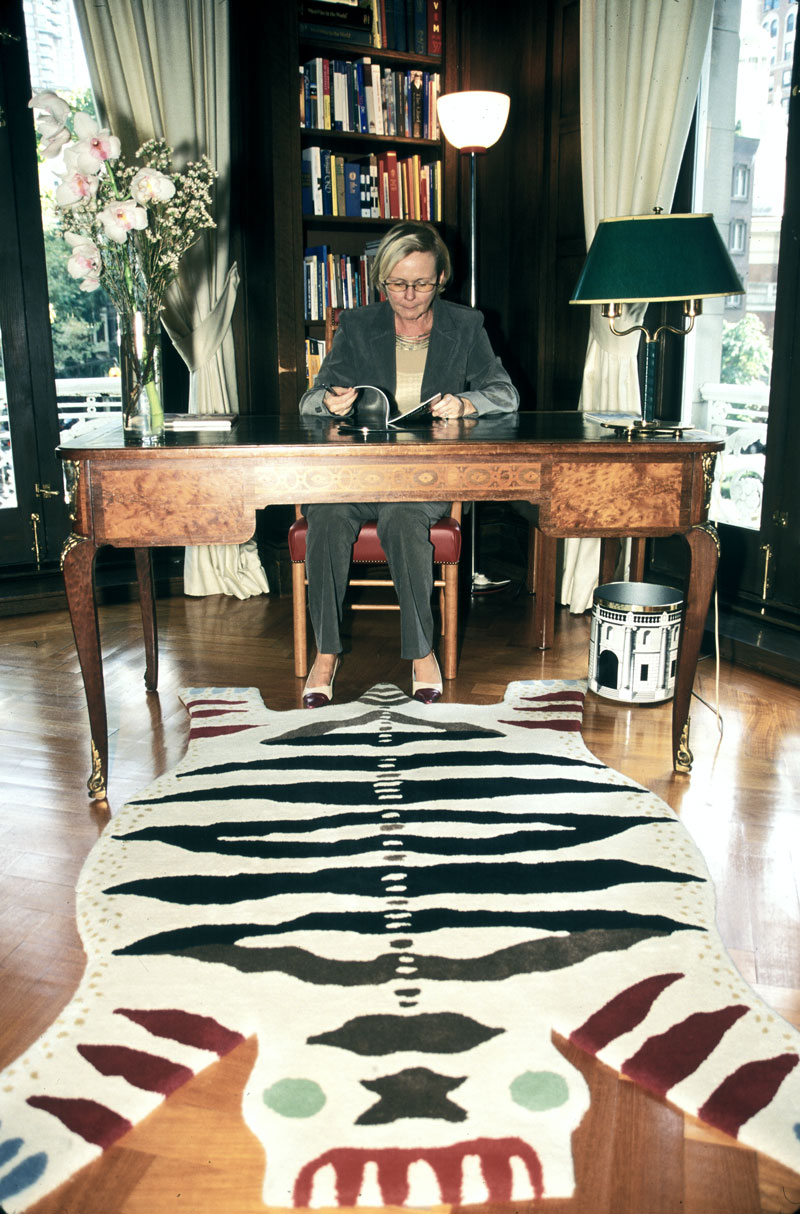 Above: At her desk at 600 Park Avenue. Photographer: Catarina Lundgren Åström 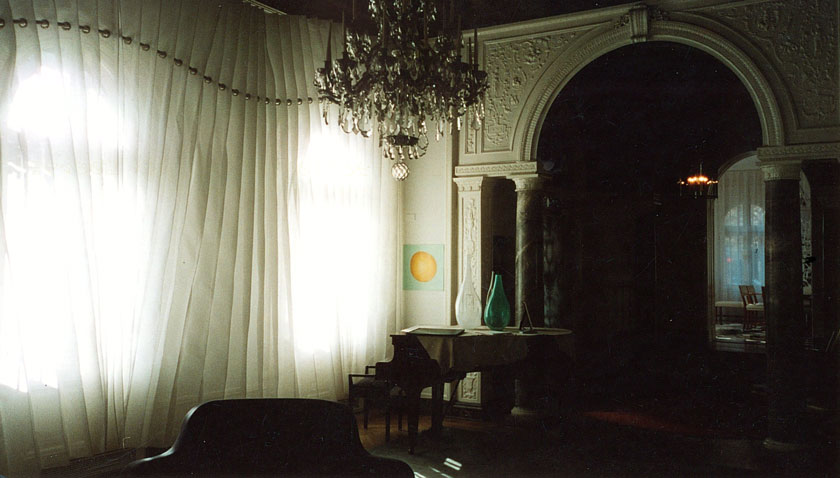 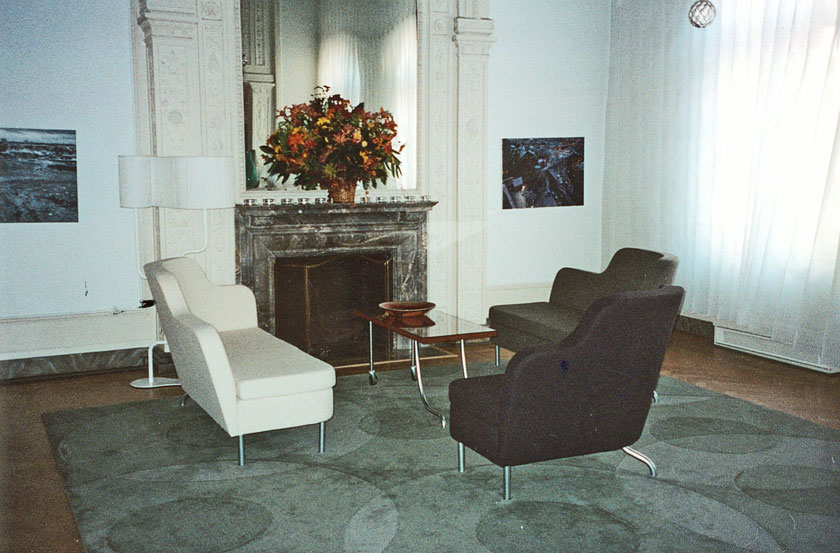 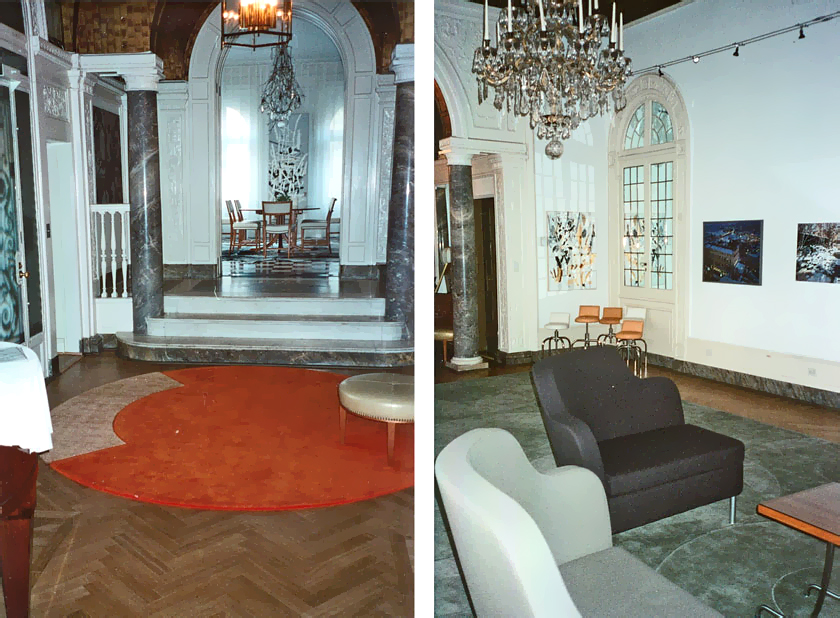 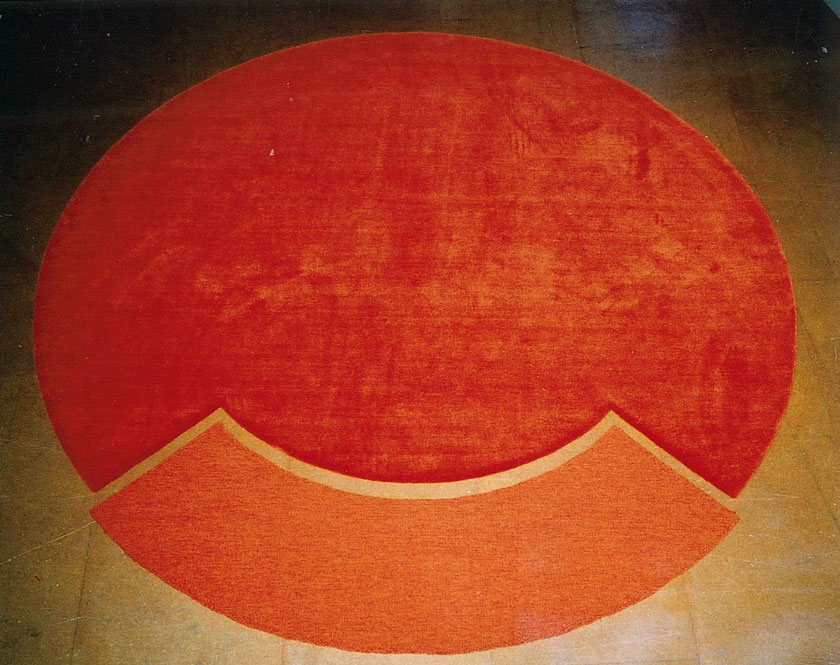 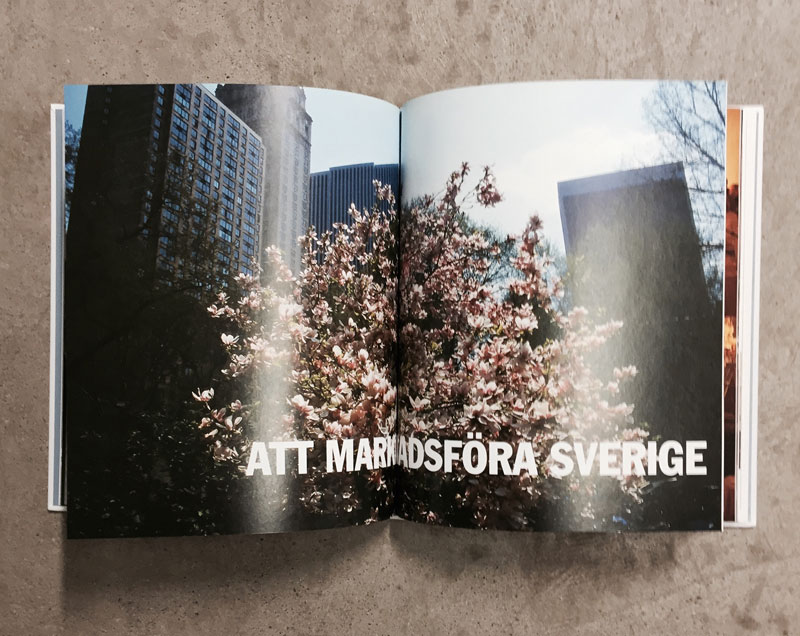 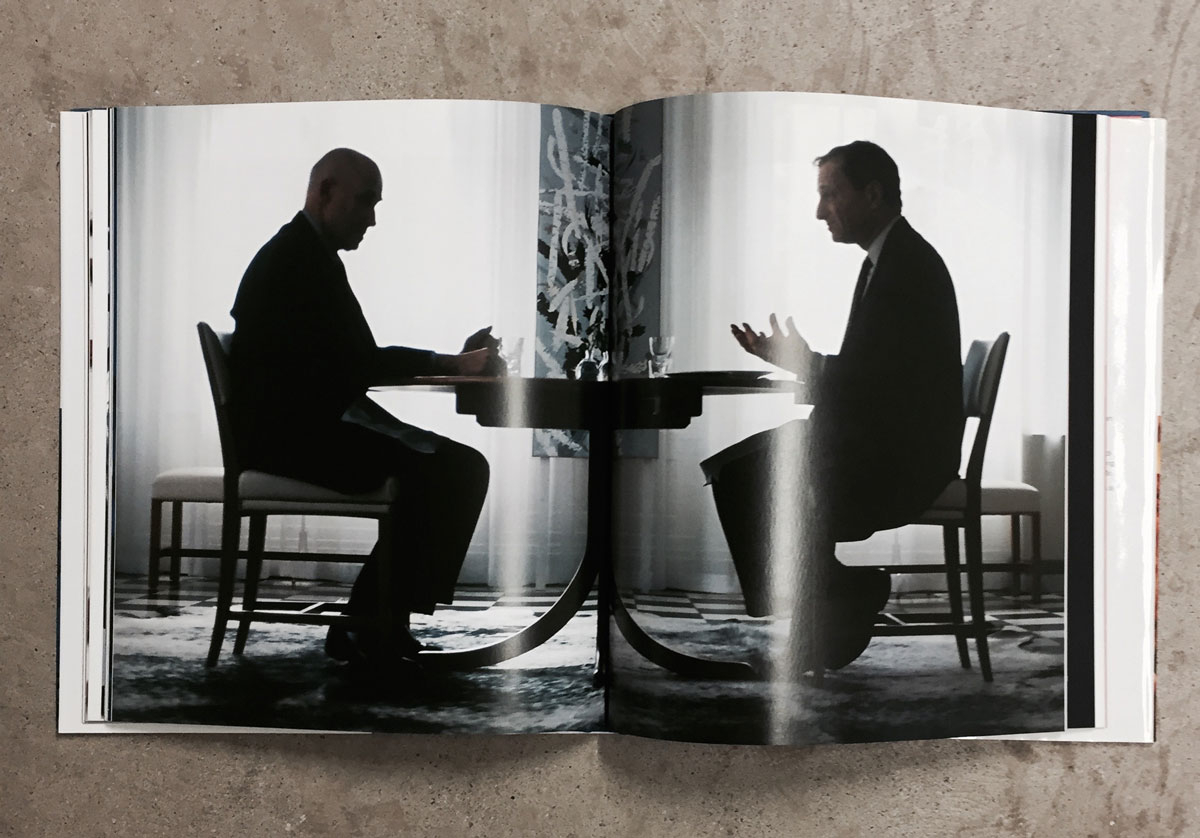 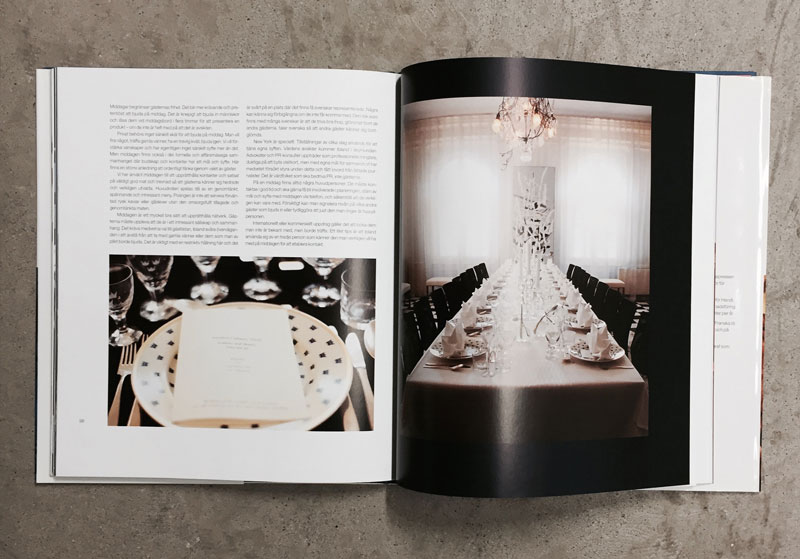 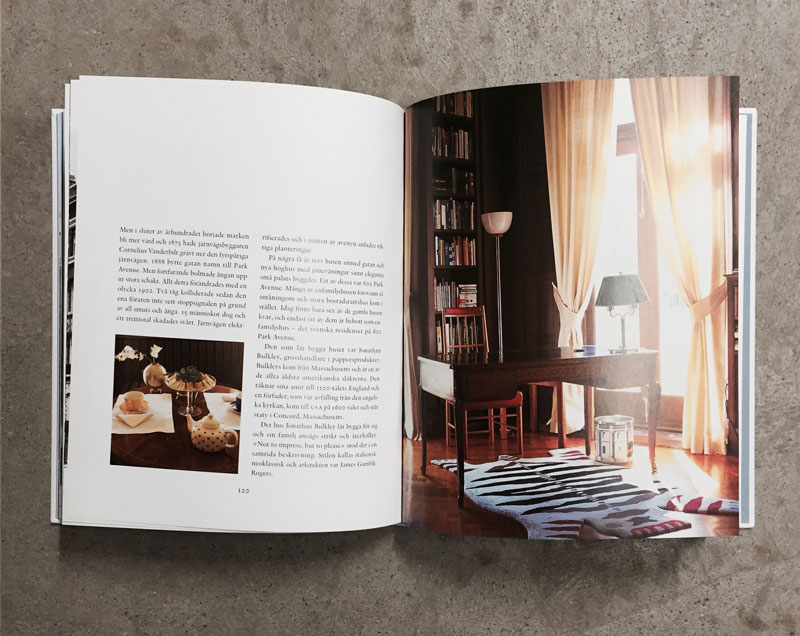